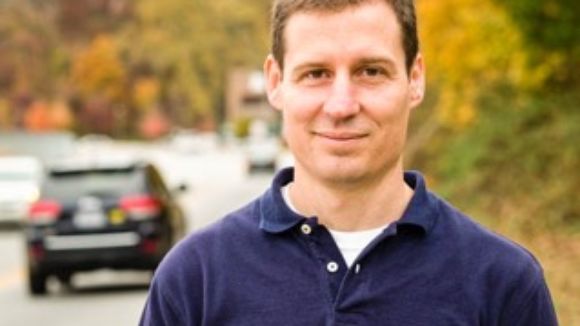 ASHEVILLE, NC — Environmental non-profit RiverLink welcomes Garrett Artz to the role of executive director with the organization. Artz takes the reins at  RiverLink on Sept. 1 to continue their work to, as their mission statement says, promote the environmental and economic vitality of the French Broad River and its watershed as a place to live, learn, work and play. He takes the place of a retiring Karen Cragnolin, the only executive director RiverLink has known in its 30-year history. Cragnolin will stay involved as a consultant for strategic property transitions.

Originally from the small town of Hegins, Pennsylvania, Artz graduated from the U.S. Naval Academy and went through Navy Flight Training to become a Naval Aviator, serving 10 years of active duty. Upon graduating from the North Carolina Central University School of Law in Durham, NC, Artz and his family moved to Asheville in 2008. He and his wife, Dr. Evelyn Artz, are the parents of two boys and a girl.

His work in law began at Pisgah Legal Services in Asheville. He would later serve Mills Manufacturing as corporate counsel. In 2014, in an effort to improve bicycle and pedestrian travel in the Hominy Creek and Enka area near his home in Biltmore Lake, he co-founded Connect Enka and will continue to serve as that organization’s president.

Located in the River Arts District of Asheville, RiverLink has been the driving force behind the creation of Carrier and French Broad River Parks, as well as a greenway and river access advocate. The Wilma Dykeman RiverWay Plan, developed by RiverLink in the early 1990s, stands as the guide for the River Arts District Transportation Improvement Plan, which is currently being implemented to improve travel and the aesthetics of the urban river corridor in Asheville. More information about RiverLink is available at  www.riverlink.org.