In the fall of 1950, John L. Lawrence (Lawrence Realty Company) sent a letter to West Asheville businesses encouraging them to join together and form an Quest association.

What do you think of organizing Vision a Business Club in West Asheville? Do you feel as I do, that if we had such an organization that we could accomplish a great deal in civic improvements and otherwise?

We have over 200 businesses in this cheap jerseys section of our city and after talking to quite a number of our business people (both men and women) I feel sure Neue there are sufficient cheap nba jerseys numbers to sponsor and organize such a club.

I would appreciate a letter, wholesale mlb jerseys card or telephone call expressing yourself on this question.
When we have heard from a goodly number of the business people of West Asheville who favor such an organization, we will call a meeting and proceed to organize.

There was wholesalenfljerseyslan indeed interest and on November 21, 1950 the the West 20 Asheville cheap NFL jerseys Business Association was formed. John L. Lawrence would go on to serve as the first chairman of the organization. 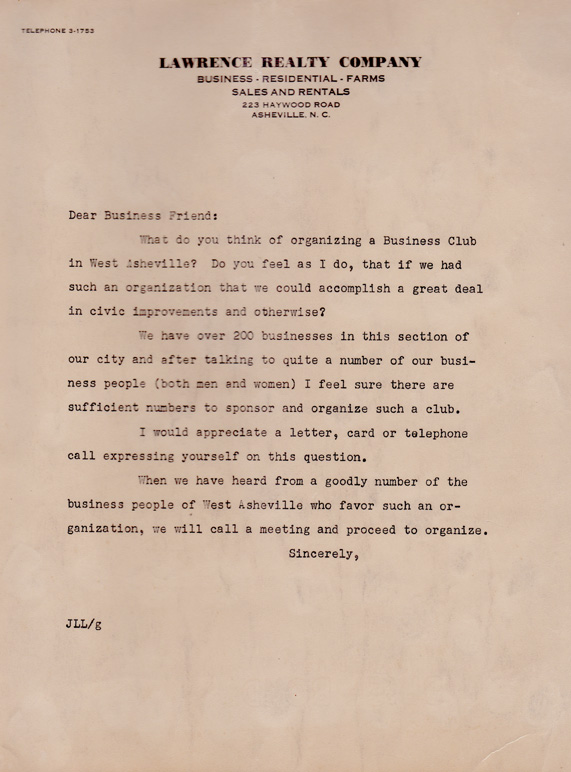 The letter Goli?a sent to West Asheville businesses in the fall of 1950 proposing forming a business association.